For nearly four months, a large chunk of New Jersey has been working from home.

Now, even though the state’s reopening is on pause, employers are preparing for an eventual return to the workplace — and experts familiar with the North Jersey suburban office market are predicting the suburbs may see an unexpected boost from the pandemic.

That’s because, with the threat of COVID-19 unlikely to subside in coming months, employers will be forced to adapt to a new normal — a more flexible work environment.

“A key question now is, with the pandemic, are we going to see a renewed suburban office market?” said James Hughes, a Rutgers professor and dean emeritus of the school’s Edward J. Bloustein School of Planning and Public Policy. “It’s not going to go back to what it was in the ‘80s and ‘90s, but the demand for satellite offices and the like — where employees could spend one or two days a week at home, one or two days at the satellite office, and then one at the headquarters building — may be the new pattern.”

Employers — especially those with large headquarters in Manhattan — with employees who live scattered across the adjacent suburbs of North Jersey, Westchester, Long Island and Connecticut, are starting to invest in smaller spaces that can serve as satellite offices, experts said. 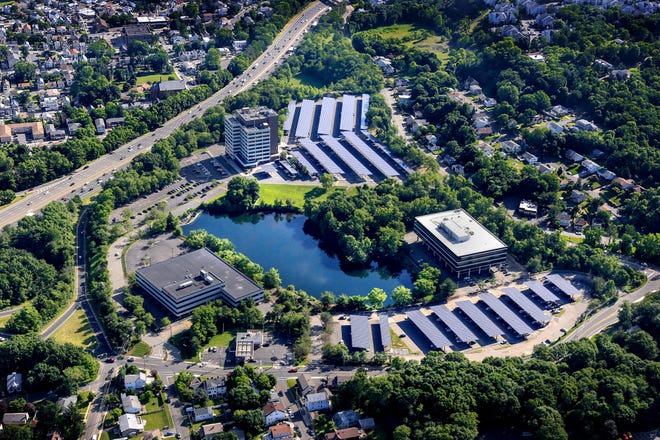 Michael Allen Seeve, president of Mountain Development Corp., a commercial real estate developing firm based in Woodland Park, has experienced an uptick in interest from Manhattan-based employers who have signed multi-year leases on small suburban spaces, generally under 10,000-square-feet. The employers, he said, are interested in finding office space where a large concentration of their employees live — including areas like Chatham in Morris County, Woodland Park in Passaic County and Stamford, Connecticut.

“We’ve actually seen a lot of interest from companies that were based in Manhattan and like the idea of having a space closer to some of their employees’ homes,” Seeve said. “We’ve had some real activity in a lot of our buildings for smaller spaces for just that kind of user, and if that’s a trend that continues, that could be very positive for the suburbs.”

The benefits are twofold, Seeve said. Regional offices give employees more flexibility: Workers can save time on a commute to the city and can ease back to working in their office at a comfortable pace. The change would also ease pressure on public transportation, which some employees may be reluctant to use given concerns over the spread of COVID-19.

Although many companies have been operating remotely since New Jersey and New York’s stay at home orders were issued in March, businesses have been preparing for their employees’ eventual return over the past month, Seeve said. At Mountain Development, tenants have asked about protocols for cleaning, mask enforcement, air conditioning filters, limiting capacity on elevators, handling mail, and related concerns, although it remains unclear when employees will repopulate office space.

“They’re not going to reoccupy with everyone at once,” Seeve said. “Some people will continue to work at home, and some people will come back to the office — and they may do it in teams or in phases.”

New designs for the home office

The change in work culture, which emphasized more flexibility to work from home, has also influenced residential design. Some firms are designing spaces for future homeowners with those cultural shifts in mind, said Lloyd A. Rosenberg, president and chief executive of DMR Architects, an architectural and urban design firm based in Hasbrouck Heights. 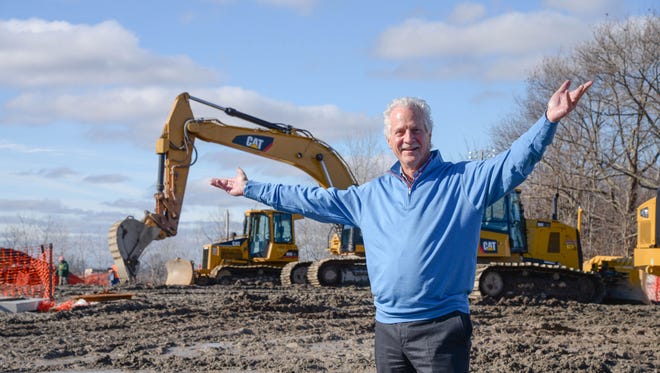 Lloyd Rosenberg, president and CEO of DMR.
“We see a change in the design to accommodate in residential, like a rental apartment, a place that [is like] an alcove or a room, or a space that people can work from home,” Rosenberg said. The pandemic “definitely has created that desire,” he said. “People worked at home before, but now it’s more prevalent.”

In these instances, the design could include devoting a separate area entirely for working at home, rather than using a bedroom as a makeshift office, Rosenberg said. This new kind of design can be an upgrade from what many have been doing in recent months, like working from their kitchen island or dining room table.

The emphasis on flexibility and remote work is likely to accelerate trends in work culture that were already in motion, said Hughes, the Rutgers professor.

“It’s sort of a gasoline on the fire accelerant,” he said. “It’s accelerating trends that had been in force, but rapidly increasing the pace of change. The most obvious is working at home. But what probably would have happened over five years may be compressed into six months to a year.

“Firms are going to have to rethink how work is going to take place in many businesses,” Hughes said.

While the pandemic has made remote work the standard for many businesses overnight, some employees may be eager to get back to the office, where certain tasks might be easier to complete. For that reason, Hughes predicts that some companies will invest in satellite suburban offices to serve as resource centers or areas to collaborate — and which are easier to get to than a company’s city headquarters.

“It’s not simply working at home versus working at a central office,” Hughes said. “I think we’re going to see that more dispersed, multi-locational pattern for a number of companies, and that’s going to work to the advantage of New Jersey’s aging suburban office inventory.” 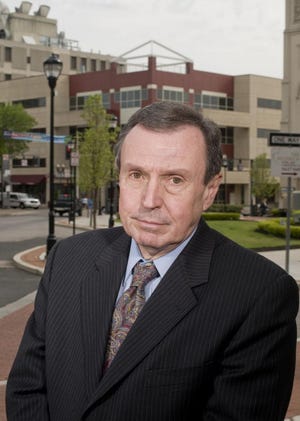 “That’s a complete reversal of the densification trend that we had really over the past six or seven years when we went to open work spaces, huddle rooms, a lack of individual private offices, group spaces, and the like,” Hughes said. “It was a cost-saving measure, because you’re providing less space per person, but now you have to provide more space per person. You’re still going to need the same amount of space, but it may only house half the people than it housed pre-pandemic.”

The emphasis on suburbs by large corporations is reminiscent of the 1980s in New Jersey, when the state experienced what Hughes described as a “massive suburban office boom.” At that time, employees were fleeing Manhattan.

“New York City was hemorrhaging jobs. It had a fiscal crisis. There were drug problems and the like. Corporate America was fleeing to the suburbs, and so we had a massive office building boom,” Hughes said. “Eighty percent of all the office space ever built in the history of New Jersey went up during that ten-year period, from 1980 to 1990.”

Eventually, the rise of 21st century technology marked the beginning of the end for the suburban office parks of the 1980s in Bergen County. Many of the spaces that were built during the office boom became outdated, and in recent years developers have re-purposed these areas for new uses, as distribution centers, retail and housing developments, said Hughes.

Yet before the pandemic, the New Jersey office market was generally strong, thanks to a robust economy that resulted in employee hiring, Seeve said. However, the economy has since taken a nosedive with the coronavirus pandemic — some of Seeve’s tenants have canceled leases because they went out of business.

Still, Seeve said those in the sector have been working collaboratively to navigate the pandemic as best they can. And, he cautioned, the suburbs can only thrive if Manhattan, too, recovers from the financial fallout of COVID-19.

“As difficult as it feels right now, I suspect that New York will bounce back and turn into a slightly different, but still spectacular city soon enough,” Seeve said. “It’s great to see a surge of activity in the suburbs, but not at the expense of New York. The suburbs exist in sympathy with New York, not in competition with New York, so it’s important, I think, for New York to enjoy a recovery as soon as possible.”