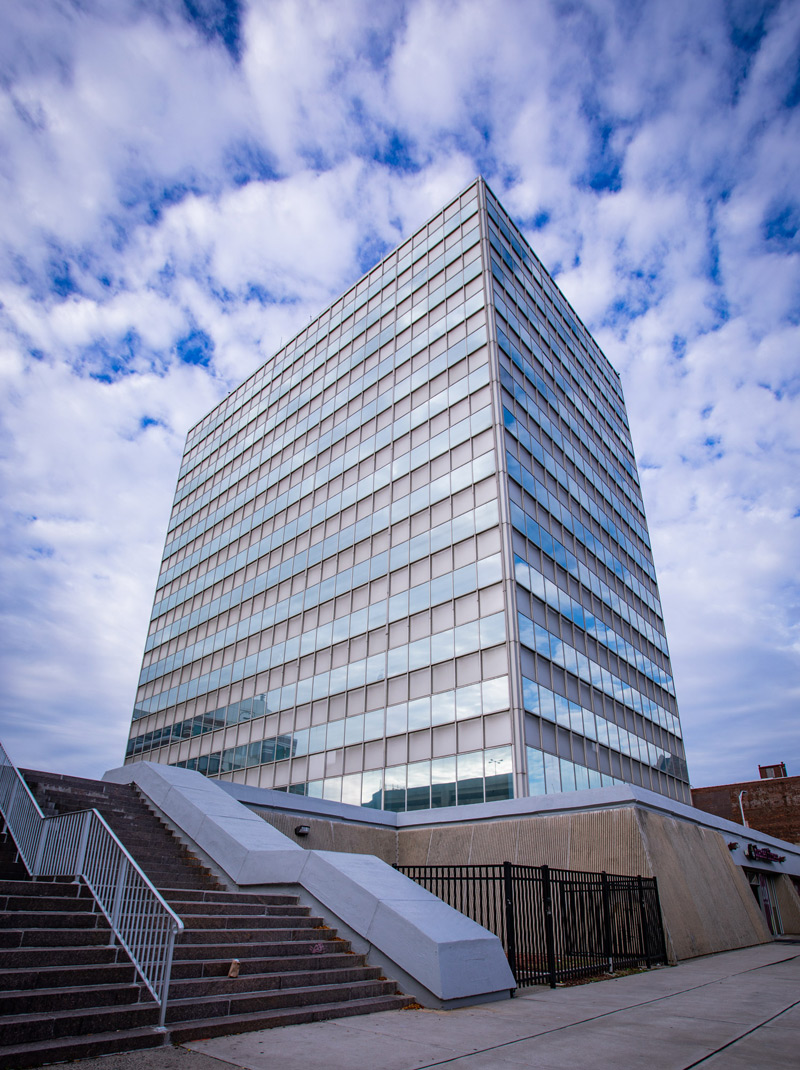 PATERSON — One of the most valuable pieces of property in Paterson, the 14-story Hamilton Plaza office building in the city’s downtown, has sold for $15.25 million, announced the real estate firm that brokered the deal.

The sale price was about 250% higher than the city’s $6.14 million property tax assessment for the site, according to public records. Woodland Park-based Paterson Plaza LLC had owned the building since 1994, when it bought it for $575,000 while the property was in foreclosure and abandoned.

The new owner, a New York-based investment company whose name has not been revealed by the brokers, could not be reached for comment.

“They’re excited to be in Paterson,” said Jamie Dykes, director of the Greater Paterson Chamber of Commerce. “They see a great opportunity here. They think that Paterson is poised to go in a very good direction economically.”

Dykes said he has met several times with one of the representatives of the new owners. The chamber is among the building’s tenants.

The building stands on Market Street, about two blocks from City Hall. The sale also includes a pedestrian plaza that sits next to the building, an area used as a passageway to a parking garage, said Michael Seeve, president of Mountain Development Corp., which is Paterson Plaza’s parent company.

Seeve said there had been talk in the early 1970s, when Hamilton Plaza was built, about putting another building where the pedestrian plaza sits. “I do believe there’s a development opportunity on that plaza, whether it’s now or in the future,” Seeve said.

He called the New York firm’s willingness to spend $15.2 million on the building a “validation” of Paterson.

“You can buy a building anywhere in the world. If you decide to buy in Paterson, that’s a good sign for the city,” the former owner said.

Seeve said his company, which owns various other commercial properties in the Northeast, including the Garret Mountain office complex in Woodland Park, started looking to sell Hamilton Plaza in Paterson during 2019 in an effort “to balance our portfolio.”

The announcement issued by the real estate brokers, CBRE Industrial Properties, said the 181,995-square-foot building has more than 90 percent of its office space leased.

But the building faces a significant loss later this year. Passaic County government has been leasing the second-floor of the building, where it currently has probation and family court offices, for more than a decade.

That will end later this year when the county completes renovations of the courthouse annex on Ward Street, officials said. The offices currently in Hamilton Plaza will be moved to the renovated building.

The mayor said he was encouraged by the purchase and said he hoped the new owners would consider some changes at the site. Sayegh declined to reveal exactly what type of changes he would seek. The Sayegh administration repeatedly has said that one of its goals is to create more housing in the city’s downtown area so that it has more vitality after working hours.

“I am driven to develop our downtown into a more desirable and dynamic destination,” Sayegh said.