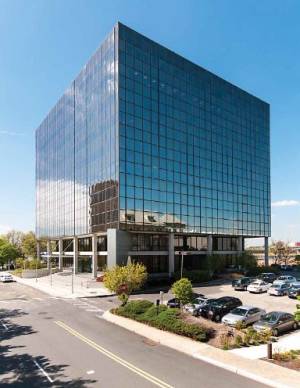 A company being formed after reorganization at The Star-Ledger is taking space at 1 Harmon Plaza, the Secaucus office building where The Jersey Journal relocated to in January.

Penn Jersey Advance Inc. has signed a lease for 22,000 square feet, or the entire ninth floor, of the office property in the Meadowlands. It is one of the first tenant commitments that the building’s new owners, Woodland Park-based Mountain Development Corp. and PCCP LLC, have received since buying the property for $11.5 million in February.

Cushman & Wakefield Inc. is the leasing agent for 1 Harmon Plaza, and it brokered the lease with Penn Jersey as well as with a second new tenant, FolioDynamix. That wealth-management technology company will be relocating from Manhattan, and has taken 10,500 square feet on the sixth floor of the Secaucus property.

The Jersey Journal and The Star-Ledger are both owned by Advance Publications Inc., which announced a corporate reorganization on March 27. The newspaper publisher said that it was forming a company that would launch in September, Penn Jersey Advance Media Central Services. In online want-ads for positions such as financing planning and analysis manager, Penn Jersey Advance Central Services listed Secaucus as the location of the work.

The firm also described itself as “a shared-services company providing support services such as circulation, information systems and technology, finance and accounting support to NJ Advance Media, NJ.com, The Star-Ledger, The Times of Trenton, South Jersey Media Group, Lehigh Valley Media Group and NJN Publishing. The company will also provide HR support to all affiliates with the exception of The Star-Ledger.”

In July Vezza announced that the Ledger had sold its long-time headquarters in Newark for an undisclosed sum to Maddd Equities, a real estate firm in Floral Park, N.Y. The daily newspaper had been at that site at 1 Star-Ledger Plaza, at the corner of Court and Washington streets, since 1966.

One Harmon Plaza, which has 192,000 square feet, has a mirrored-glass façade and fronts on the Hackensack River.