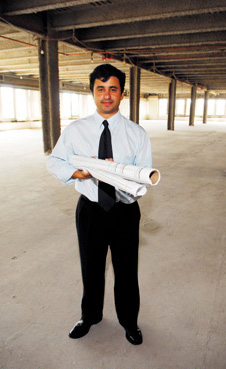 Plans for building some shopping centers, offices and residential developments are stalling because of lack of funding due to the nation’s economic downtown. And the state Legislature has proposed some relief: a three-year extension on commercial and residential permits so building can commence as soon as the economy improves and funding flows.

Both houses of the Legislature on June 24 passed a bill (A-2867) that would extend state and local permits granted through July 1, 2010. Permits granted since Jan. 1, 2007—even those that have expired—will be reactivated so developers who have lost funding won’t have to spend the time and money to repeat the permitting process. It’s similar to legislation passed in the early 1990s to help the state economy during the recession at the turn of that decade, sponsors say.

The legislation is expected to be signed by Gov. Jon S. Corzine.

The measure is supported by developers and business associations, who say it will help get job-producing and tax-revenue-generating projects back on track quickly when the economy recovers.

The bill was at first bitterly opposed by environmentalists who say developers will be able to skirt subsequent changes in environmental laws, public health standards and local zoning, but many of those concerns were addressed in a compromise bill approved by Senate and Assembly committees on June 19.

“Businesses struggling to survive the current economic slowdown shouldn’t be forced to use limited vital resources to apply for new permits,” said Assemblyman Louis Greenwald (D-Camden), a sponsor of the bill. “Businesses will continue to simply up-and-leave and take jobs with them without this relief.”

An increasing number of permits are scheduled to expire with no construction completed due to the inability of the banking, real estate and construction industries to obtain sufficient financing during the credit crunch, according to the measure’s supporters.

“There’s no secret that New Jersey’s economy is challenged and all sectors are feeling the impact,” said Michael McGuinness, executive director of the National Association of Industrial and Office Properties.

Developers have suggested various ways to minimize the impact of the downturn. “One of the first places we should start would be to at least preserve those deals that are already in place,” McGuiness added, “so when the economy picks up steam, hopefully next year, a lot of these approvals that a lot of municipalities are looking forward to can come to fruition.”

Environmentalists are still unhappy with a part of the bill that allows expired licenses to be activated with no new application. “For what’s supposed to be a short-term problem, they’re looking for a long-term giveaway,” said Jeff Tittel, director of the New Jersey Sierra Club.

Department of Environmental Protection permits are valid for five years plus a five-year renewal, and on some occasions can be extended further, said David Pringle, campaign director for New Jersey Environmental Federation.

But Michael Seeve, president of Mountain Development Corp., a Clifton-based commercial real estate developer, said the bill’s proposed extension is critical because it is vital for developers to be able to tell prospective clients—like big companies considering relocating to the Garden State—how their office projects will be completed.

“Companies want to know two things—how much will it cost and when will it be done,” Seeve said. “They want certainty. They don’t want to be told it may take a year or six years depending on permitting.”

Further, the expiration of permits could cause a decline in the value of the real estate involved in the projects and require a reclassification of loans, said Assemblyman Joseph Cryan (D-Union), who is also sponsoring the measure.

“The expiration of permits can have a devastating impact on our building and construction industries and the thousands of jobs they support,” Cryan said. “Without this relief, it could cost business tens of millions of dollars for re-permitting. Allowing already approved projects to go ahead once the economy turns around will send a strong message to businesses that we want them to stay in New Jersey.”