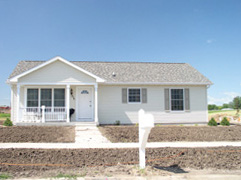 The state Council on Affordable Housing’s revised rules, which were adopted last week, will not only fail to produce large numbers of affordable-housing units in the Garden State, but will also be damaging to New Jersey’s economy, say local commercial real estate developers.

Under the new rules, developers can either pay an affordable housing fee equal to 3 percent of the assessed value of a new building, or a payment-in-lieu-of-building fee that would average $161,000 per affordable-housing unit.

The new percentage-based fee is an increase from than the existing 2 percent fee, while the payment-in-lieu fee is more than what some municipalities have been charging, says Michael McGuinness, executive director of the New Jersey chapter of the National Association of Industrial and Office Properties in New Brunswick.

The higher fees, which developers would pass along to tenants, are bad for business, according to Michael Seeve, president of Mountain Development Corp. in Clifton. “If you make the cost of new product prohibitive, users that demand space go someplace else,” he says. This would in turn lead to fewer projects being built, fewer tax revenues, and fewer COAH fees collected from developers, he says.

McGuinness says NAIOP is hoping to garner legislative support to lower the percentage-based fee from 3 percent to 2 percent. If the effort fails, the group would consider filing a lawsuit against COAH in the 45-day period after June 2, the date when the new rules go into effect, he says.