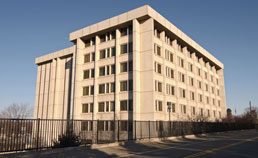 CLIFTON, NJ-The numbers are in, and according to Colliers Houston & Co., at least, New Jersey’s office market exceeded expectations in Q4. Vacancy rates and asking rents remained relatively static at year’s end, with the former rising only marginally from 12.8% to 13% quarter-over-quarter. And asking rents actually rose a few cents to $27.07 per square foot.
“As the impact of the credit crisis continues to unfold, various predictions said this market would crumble,” says David Houston Jr., the firm’s president. “Closing deals in this climate will not be achieved without rising above significant challenges, but we believe there will be selective opportunities available to tenants, brokers and landlords in the first half of 2009.”

And some are crediting an influx of data center deals for providing an element of stability in the market. Indeed, the tail-end of 2008 saw an upsurge in activity in that particular category. “Data center development leads to hundreds of construction jobs and full-time employment for New Jersey residents,” says Caren Franzini, CEO of the New Jersey EDA. Referring to three tenant signings that recently filled up at least one North Jersey building, “this is great news for New Jersey, particularly during these tough economic times,” she says.

Those signings came at 100 Delawanna Ave. here, a 188,000-square-foot building owned by Mountain Development Corp., which also has its headquarters on-site. MDC acquired the former Givaudan Roure headquarters and Hoffman-La Roche office/lab building several years back and subsequently repositioned it as a multi-tenant home for data-related firms.

“New Jersey is a critical market for connectivity and data center services,” says MDC president Michael Seeve. “This facility has an infrastructure that will continue to attract data users.”

New Jersey’s portfolio of data services and co-location space amounts to more than six million square feet with an investment of about $1,000 per square foot to build, according to the Tier 1 Network’s Internet Datacenter Supply report. The trio of local signings joins a series of major data center projects completed or launched in the past year, including several that are moving forward despite the financial sector’s woes.