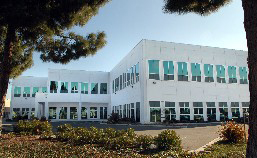 ATLANTA-The recent signing of a deal by two companies based here to build data centers across the US illustrates the strength of this segment in spite of the general weakening of the office market. The strategic alliance between the two Atlanta-based companies, commercial real estate firm Carter and T5 Partners LLC, reflects the continuing demand for this specialized space despite the downturn. Throughout the country, companies large and small are leasing space for data centers or announcing plans for newer facilities to keep up both with burgeoning demand and the changing requirements for data centers both technologically and environmentally.

IBM, for example, unveiled plans last year for a $360 million data center at its facility in Research Triangle Park, North Carolina to power cloud computing applications for customers. The company, which has already received LEED Silver certification for its data center in Boulder, CO, said that it would go green on the new center, for which it will renovate an existing building on its Research Triangle Park campus.

More recently, business analytics software and service firm SAS revealed plans to build a 38,000-square-foot computing facility on its world headquarters campus at 100 SAS Campus Dr. in Cary, NC. The $70 million structure will be built to LEED standards in another trend within the data center segment: Like IBM, SAS is going green on the building.

Earlier this year, real estate and economic development officials in New Jersey credited an influx of data center leases with providing some relief in an otherwide beleaguered market. Among those leases were three tenant signings at 100 Delawanna Ave. in Clifton, NJ at an 188,000-square-foot building owned by Mountain Development Corp., which also has its headquarters on-site.

As another article in GlobeSt.com pointed out, “Data centers are still a bright spot in otherwise dismal commercial real estate forecasts.” The report quoted Jill Eckhaus, CEO at AFCOM, an association that represents 4,500 data centers worldwide, pointing out that demand is booming for the specialized space.

That demand has buoyed the fortunes of San Francisco-based Digital Realty Trust, a REIT that specializes in data center space. Digital Realty’s 11-million-square-foot operating portfolio is 95% leased, demand appears high and new average rents are three-times higher than expiring rents, according to a recent GlobeSt.com report.

The demand for data center space also illustrates another phenomenon of the office market during the recession, which has pretty much caused a weakening of general office markets throughout the world: Certain specialty niches continue to do well, such as medical office, educational and biomedical users. In the alliance between Carter and T5 Partners, for example, T5 president Pete Marin,says that the two firms will be providing solutions for specialized high-tech real estate needs because demand is continuing to exceed supply, and that imbalance is expected to remain for the next three to five years.